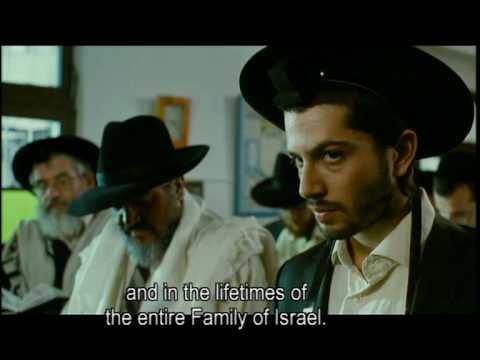 Aaron (Zohar Strauss), a respectable butcher in Jerusalems ultra-orthodox Jewish community, is married to Rivka (Tinkerbell) and is a dedicated father of four children. One day, he meets Ezri (Ran Danker), a handsome twenty-two year old student, and soon falls in love with him. He then starts to neglect his family and community life, swept away by his love and lust for Ezri. Meanwhile, paralleling this relationship, a neighbouring shopkeeper persists in seeing a man of her own choosing, even though she’s been promised by her father to another. Eventually, guilt, torment and pressure from the community will catch up with the doomed lovers, leading them to make radical decisions…