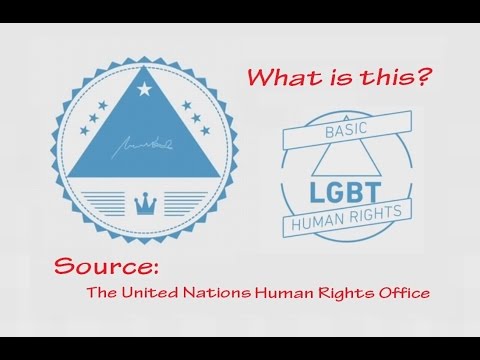 This message is for the Righteous Remnant from all quarters of the Judeo-Christian sphere who perceive their Biblical foundations are under attack from forces hostile to a Bible-based lifestyle. This attack has recently taken on a great intensity, since the United Nations push for LGBT human rights has been taken up by some 85 nations, with still more to sign on. In the United States the Obama administration has been a prime mover in the United Nations gay / LGBT push, even lighting up the White House in the colors of the gay / LGBT flag, and flying that flag at US embassies abroad. Even more alarmingly, the Supreme Court has gotten onboard with the UN campaign, with its recent ruling making what is termed same-sex marriage, whether between lesbian women or gay men, the law of the land in all fifty states. The four dissenting justices in that case each sounded an alarm. Perhaps the most foreboding for us was Justice Alito’s prediction that those holding the “old beliefs” will now be “labeled as bigots” and will therefore “be treated as such” by “governments, employers and schools.” This is even more perplexing, since Chief Justice Roberts stated the ruling is not based on the Constitution. Certainly, these warnings raise many questions, not the least of which is: “what is really going on?” Also, “how do the Scriptures shed light on this?” And finally, “is such a big change as this foretold in Bible prophecy?” You may even wonder if the Bethlehem Star that recently appeared after 2000 years is related to all of this in some way. If you want answers to those questions, you need to watch this video. When you find that it clears up questions for you, please share it with other believers.